“A blue rose doesn’t exist in nature; it represents the desire we feel for things that seem so beautiful and alluring but are actually illusions we conjure up in our minds. It was written about heroin but it could be anything – a relationship, possessions, social status. It was a favorite among the studio band and very much inspired by the music of Pat Hull, a songwriter I have loved and played around with since my earliest days in Chico back in 2007.” –Ryan Martin 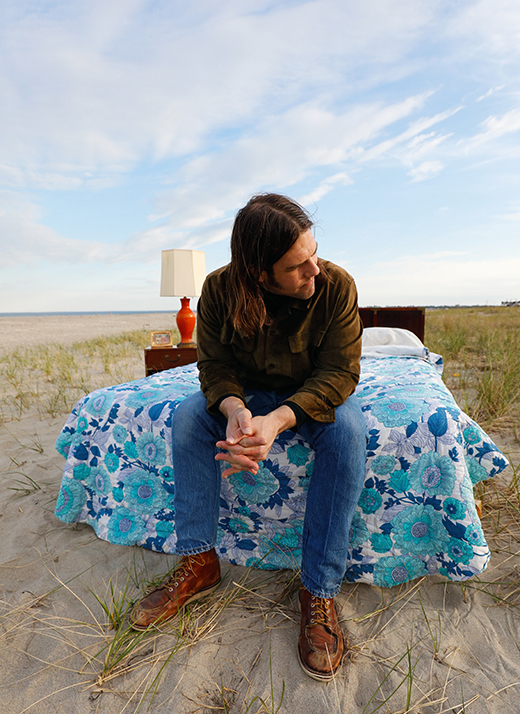 High Moon Records is thrilled to announce Ryan Martin‘s new Album Wandercease which will be released on October 23rd.
Pre-order the album here! 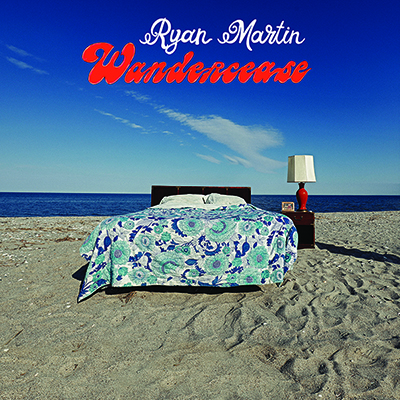 Wandercease is Martin’s most musically adventurous and emotionally authentic record, blending masterful melodic instincts with giant musical hooks and a vibrant, multi-hued sonic palette. Wandercease ranges from deep introspection to radiant joy. Confidence and curiosity combine to create an expansive and cohesive sense of mood and place. Producer Kenny Siegal (Langhorne Slim, Joseph Arthur, Chuck Prophet) recorded all the sessions at his Old Soul Studios in Catskill, NY. Adding to the alchemy, the tracks were mixed with the deft and painterly touch of Paul Q. Kolderie (Pixies, Radiohead, Hole).

The album’s first single, Coma Kiss, with its infectious vocal hook and irresistibly buoyant groove, set against Moog and piano interplay, washes over the listener with the feel of an instant classic. Beneath the charm lie darker sentiments about a failed relationship — but that lovely dissonance between song’s feel and the story Martin tells is part of the magic.

One key musical presence is singer-songwriter and classically-trained harpist Mikaela Davis. Playing treated-harp on ‘Coma Kiss,’ as well as providing utterly sublime backing vocals, Davis was initially enlisted by producer Siegal to play harp on a couple songs. When she spontaneously began singing harmony vocals during a rehearsal of ‘Coma Kiss,’ Martin and Siegal were floored. Davis ended up singing and playing harp on much of the album. Her shimmering harp playing and stunning vocal contributions are perfectly situated on Wandercease, elevating its intriguing blend of homespun Americana, processed rhythms and warm electronic touches.

LOOKING FOR THE SUN:
THE LOST PRODUCTIONS OF CURT BOETTCHER & FRIENDS 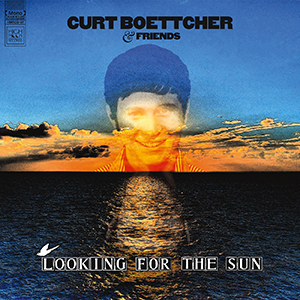 High Moon Records is thrilled to announce a new collection of Curt Boettcher‘s long lost singles collected here for the first time, out on LP & CD on October 25, 2019. Looking For The Sun is available in the store.

Featuring a mix of 21 songs as dynamically eclectic as they are sonically audacious—all either produced, arranged, or written by revolutionary psychedelic-pop producer Curt Boettcher.

Dangerous Minds premieres the first track, Cindy Malone’s stunning single You Were Near Me, previously unreleased and available now for the first time ever.

As a singer, Malone cut numerous sides for RCA and Capitol in the ’60s which are coveted by record collectors. Malone’s released output appears to have come to an end by 1967, around the time of Boettcher’s recording. Exactly why this stunning effort, assisted by Gary Paxton’s masterful studio crew, never saw release now joins the many other mysteries surrounding the Curt Boettcher catalog.

Best known for his groundbreaking contributions to what later became known as “sunshine pop,” and his hit productions for The Association (Cherish, Along Comes Mary), Curt Boettcher formed the pioneering rock bands The Ballroom and The Millennium, and contributed heavily to classic pop-psych album Sagittarius created and crafted by legendary producer Gary Usher (Beach Boys, Byrds). A Hollywood-based producer and arranger in the Phil Spector mode—whose sessions he actually participated in—Boettcher was innovative in utilizing the studio as an instrument—an approach that made a lasting impression on a young Brian Wilson. In 1966 and ’67, Boettcher spent so much time at Columbia Studios in Hollywood that some began to call CBS “Curt Boettcher Studios.”

Learn more about Curt Boettcher & Friends Looking For The Sun and pre-order the LP & CD in the store.